Christianity is a Roman state religion[1], which in its founding myth relies of Jesus Christ[2] and Paul.[3] 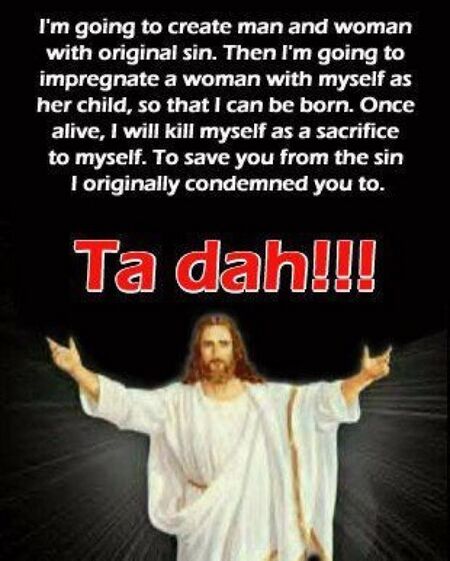 I'm going to create man and woman with original sin. Then I'm going to impregnate a woman with myself as her child, so that I can be born. Once alive, I kill myself as a sacrifice to myself. To save you from the sin I originally condemned you to. 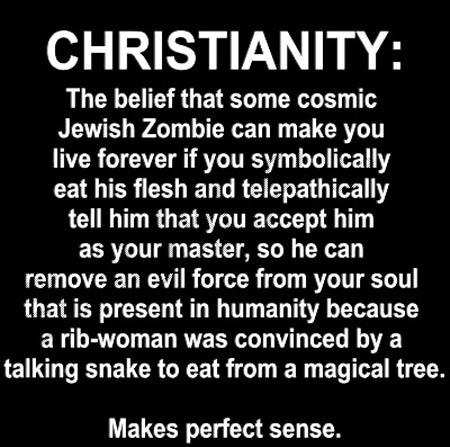 Christianity: The belief that some cosmic Jewish Zombie can make you live forever if you symbolically eat his flesh and telepathically tell him that you accept him as your master, so he can remove an evil force from your soul that is present in humanity because a rib-woman was convinced by a talking snake to eat from a magical tree. - Makes perfect sense.