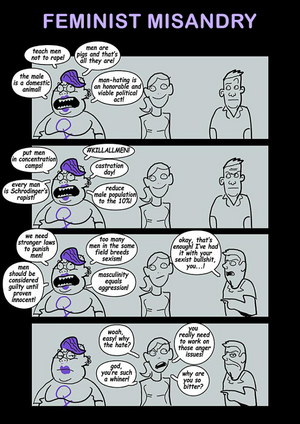 Misandry is the hatred of men because of their sex and describes the consideration of males as the inferior sex by both men and women. Misandry comes from Greek misos (μῖσος, "hatred") and anēr, andros (ἀνήρ, gen. ἀνδρός; "man"). It is considered as a form of sexism.