In general family and social meaning, Head of Household, sometimes abbreviated HOH, refers to a person who is the main authority figure in a household, entrusted with a leadership[wp] role.

Because of the historical situation where men were legally liable for the women and children in their household, it is often still socially expected that the Head of Household will be the husband or long-term partner, if he lives with his children and their mother. In reality, the man often has little say in the day-to-day running of the household, unless he is a stay-at-home dad. On separation or divorce, the woman will become the head of her own household. A man living with someone else's children and their mother may become the Head of Household in time but this is rare. 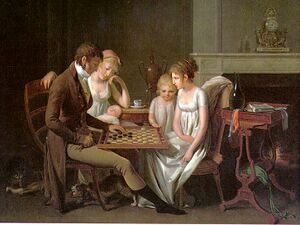 In traditional society, the HOH was typically the husband, father to the family's children.

The extent to which the HOH takes charge will naturally vary from one family to another. At one extreme, he will make all decisions, even day-to-day ones and at the other extreme he might simply be the one who resolves disputes and acts as beneficent judge. Most Heads of Household will have some position in between, normally controlling financial spending, making all major decisions but leaving most day-to-day matters in what he considers the most appropriate hands.

Whatever the level of control applied, the HOH's final decision is one that will be expected to be obeyed. He will normally use punishment where necessary, including corporal punishment.

This kind of relationship only works where the HOH takes full account of everyone's needs, often placing them above his own. His is a life of service to the people he is in charge of and at the same time he will normally command respect[wp], devotion and servitude from them, depending on their individual relationship to him.

In parenting, it is not unusual for a mother to use the phrase "Wait till your father gets home"[saw], establishing the role of the father as the person in highest authority to decide upon punishments and potentially to administer them.

Taxation status in the USA

Head of Household is a filing status[wp] for individual United States taxpayers.

To use the Head of Household filing status, a taxpayer must:

A status held by the person in a household who is running the household and looking after a qualified dependent.[2] 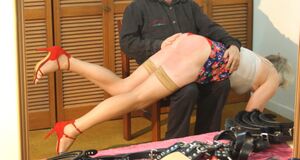 In a D/s or domestic discipline (DD) relationship where the partners live together in a household (married or de facto), the dominant partner is typically the HOH. The HOH can be male or female.