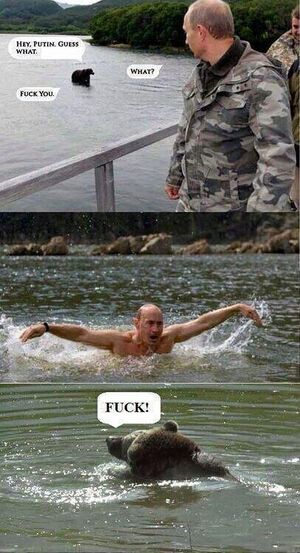 Putin, who began his career in the 1980s in the GDR, is known as germanophil[wp]. Putin is the only foreign head of government giving a speech to Parliament in the German Reichstag[wp] in German.[1]