Cristina Ramos Pérez (* 1979) is a Spanish opera and rock singer. In 2016, her performance in the program of international talent, GOT TALENT of Spain[wp], is worth to be the winner of the contest.

As an opera singer, she surprised the judges on Spain's Got Talent by covering AC/DC's[wp] Highway to Hell[wp] after she stripped off her gown to reveal ripped pants and a corset. Her performance created a viral phenomenon of more than 100 million views in just one week.

Since then, thanks to its versatility and impressive staging, Cristina does not stop star in galas and events around the world, such as DSHS Limburg, the World Ocean Forum in Busan, South Korea or the Nordic Bussines Forum in Helsinki. She has performed as a star for events of major brands such as Cartier, Porsche, Cepsa, Fiat, Mercedes Wella or in cities like St. Petersburg, Munich, Paris, Seoul, Riga, Helsinki and Tallinn.

By 2017, she premiered her own show, Rock TALENT and has been the guest artist of the Gala Queen of the Carnival of their land, Las Palmas. 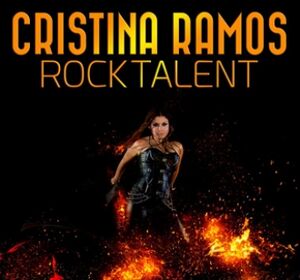 Superior degree in Licenciada Superior en Canto Conservatory of Music of Las Palmas[ext], where she was born and lives. She continued her studies by professionals like Isabel Rey, Suso Mariategui, Paul Farrington, Cristina Gallardo, Mirella Freni, Carlos Mena, Isabel Alvarez, among others.

Collaborates with the Choir of the Philharmonic of Gran Canaria[ext] under the tutelage of Luis Garcia in a wide repertoire of oratorio, operetta and opera where she performs solo roles, also performs several concerts including the Cuyás theater in favor of the Benevolent Association White cross.

Combines her studies classical singing and modern singing, performs several workshops improvisation and jazz singers like Browyn Evans and Patricia Kraus, extending its record, getting to the latter the first prize in the workshop "vocal technique and contest modern singing".

Early life and career and early

In the beginning it was part in bands and groups of various styles like Latin music, rock, funk, jazz, collaborations with the Big Band de Gran Canaria and international broadcasts such as the Gala of the Carnival Queen and the Drag Queen Gala Las Palmas. Also works as putting the voice in soundtracks, radio jingles, as a showgirl on labels and in direct international singers such as José Velez and Braulio, who was her usual showgirl from 2006 to 2015. Because of its versatility, continues her career as a singer performing light music musicales Casino collaborates with the SR BIG bAND and its rockier version acts as a rock singer in the Macaronesia group.

In the genre of Musical

In 2012 premiered the musical Pavarotti & Friends, with over 200 functions in three seasons until 2015. GOLDEN TRIBUTE LIVE ABBA, ABBA tribute, premiered at the Gala DRAG Carnival of Las Palmas (February 2015 and has functions to present date). Released in 2015 show WALK THE MUSICAL in Maspalomas Cultural Center and the Auditorium de Moya. In March 2016 premieres the show ONLY THE BEST, with later works all summer galas with the tenor Iñigo Irigoyen. BOLEROCK premiered at Theater Guiniguada Las Palmas de GC in March 2016. In October 2015 FROM HOLLYWOOD TO BROADWAY premieres, musical show which more than 120 functions until April 30, 2016.

Her first starring role was in the role of Maria la O[wp] in the operetta of the same name, in 2013. She then made her debut in the season of Zarzuela[wp] of Las Palmas, in the role of Aurora in Las Leandras[wp] and Constancica in 2014 with El huésped del sevillano[wp] (The guest of the sevillano-inn). In December 2014 she was awarded the Special Jury Prize at the Zarzuela Contest II Valleseco, Gran Canaria. She opened the 2015 zarzuela season in the Teatro Cuyás with the operetta La Monteria[wp] by J. Guerrero (May 2). It is headlining acts in opera recitals like La Gala de la Cruz Blanca (October 2015) or the lyrical recital Marcilla August 2015.

As a guest artist for major events stand out