Detlef Bräunig (* 1966, aka "Khun Dino", "Leutnant Dino" and "Cocktail-Detlef") is a German masculist and blogger. His first website was driven from Thailand.[1] His actual blog is The Men's Magazin (german: "Männermagazin").

Bräunig becomes construction manager in a large construction company in Southern Germany in 2003. On May 3, 2006 Bräunig emigrated to Thailand. He lived four years on Jomtien Beach[wp]/Banglamung. In March 2010, he moved from Thailand to Hörbranz[wp] in Austria. In May 2014. Detlef Bräunig moved his residence to Munich[wp]. He is producer of two children. Detlef Bräunig was married three times, but with the mother of his children, he was not married.[2]

Detlef Bräunig is a decisive opponent of paying alimony. He is a declared "Unterhaltspreller".[5] 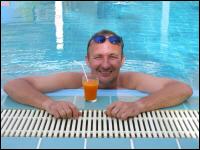 The ARD television team has donated him during filming many cocktails, which earned him the nickname "Cocktail Detlef". The swimming pool is owned by a friendly customer.[6] 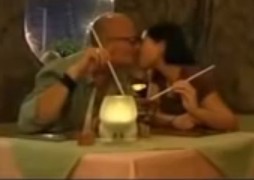 Bräunigs third wife claimed in court: My spouse is gay and held me like a sex slave.