Jürgen Ernst Hass (* 1949) is a professional trader. By second chance education he attended the Academy of Administration and Economy (VWA) in Duisburg for international tax law.

Since 2002 he has been acknowledging paternities for foreign children. Meanwhile he has achieved 2000 paternities for children from Paraguay, Romania, Moldova, Russia and India without being the biological father.The mothers are entitled to German children's allowance and the children can claim the entire social benefits: His individual development aid. For all that, needy families are gaining direct support with him having hardly any expenses. Due to his undestrainable premature pension there is no need for him to pay alimony.

So far his acknowledgements have not been contested by the Senate of Berlin after proceedings at the 34th Chamber of the Administrative Court of Berlin. No decision has been taken yet whether he is entitled to a pension for the period of parental leave whilst child raising. He would then have "officially" worked 6000 years in Germany. In consequence this would clearly upgrade his pension claims. 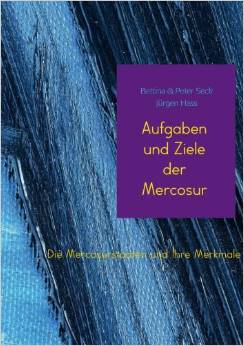 Jürgen Ernst Hass emigrated to Paraguay in the year 2005 and is married to a Bolivian lady in second marriage. During his first marriage he became father of two sons, meanwhile grown-ups.

In the year 1979 Jürgen Hass successfully contested the district elections in Kleve[wp] and with 47 % achieved a direct mandate for the center right Free Democrats[wp].[1]

In several cases Jürgen Hass was criminalized and sentenced for offering fathers and friends legal advice which according to the law is illegal. Furthermore he was accused to have violated the law of adoption[wp] in Paraguay. In fact he has never adopted a child but acknowledged paternities for children whose biological fathers are unknown.

In an ice cream parlour in Cologne in the year 2002 Hass met a minor child working as a baby prostitute. She was pregnant by one of her clients and unable to name the father. Reason enough for the authorities to accuse her of violating her duty of cooperation and to refuse paying state alimony in advance. Time to act for Jürgen Hass: On the 25th of June 2002 he acknowledged the first paternity at the Jugendamt of the city of Meerbusch. Being aware that he was not the biological father the authorities involved did not care: The mother received € 151,- state alimony in advance since the pension of Hass was below minimum income.[2] This shouldn't remain the only acknowledgement of paternity by him. According to Hass, he has so far acknowledged about 3000 paternities.

Limit of exemption from execution

Acknowledgements of paternities lead to an upgrade of the limit of 985 € for 370 € for the first child and € 206 forthe second and third child.[2]