Jessica Valenti (born 1978) is an American blogger and feminist bigot, known for having founded the feminist blog Feministing[wp] in 2004. She is the author or co-author of four books on women's issues.

After years of feminist activism Jessica Valenti has been placed on the offender's registry at register-her.com: 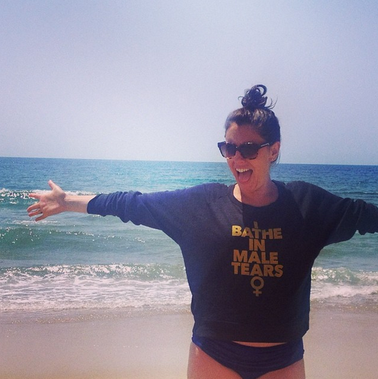 Jessica Valenti: "I took a special picture for all the misogynist whiners in my feed today." A little later, many wept over the death of actor Robin Williams[wp], who had killed himself. He said: "Divorce means that your heart is ripped out through your wallet." He had, after two divorces big money worries.