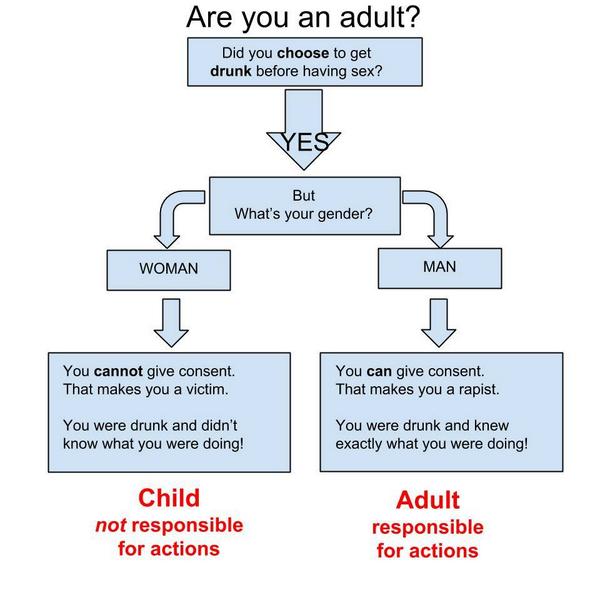 We have become a nation of victims, where everyone is leapfrogging over each other, competing for the status of victim, where most people define themselves as some sort of survivor. We live in a culture where more and more people are claiming their own holocaust. While some victims are truly innocent (i.e., the child who is being molested, a victim in the other car in a drunk driving accident), most violence involves some knowledge, familiarity or intimacy between victims and victimizers. Charles Sykes, author of the widely acclaimed A Nation of Victims (1992), points out that if you add up all the groups that consider themselves to be victims or oppressed, their number adds up to almost 400 percent of the population. Exploring the psychology or the dynamic of victimhood has been suppressed and censored because it has been equated with "victim blaming". As the article Rethinking Don't Blame The Victim illuminates, the victim stance is a powerful one.

The victim's basic stance is that he or she:

It has yet to be widely understood that by alleviating all women, minorities, inmates, or any victim, of any and all responsibility to predict, prevent or even, unconsciously, invite abuse, is to reduce them to helpless, incapable creatures, and in-fact, re-victimizes them. This three-part web page invites the reader to go beyond the politically correct thinking on victimization and develop a more comprehensive and complex understanding of the dynamic of victimhood. The hope is for healing the hurt and injury of victims and for increasing the effectiveness of prediction and prevention of future violence.

The Stella Awards For Frivolous Lawsuits

This section is based on the 2002 Stella Awards web page. This section is a humorous illustration of our victim and entitlement culture, and how this culture is being perpetuated by attorneys and the legal system. The Stella Awards are named after 81-year-old Stella Liebeck who spilled coffee on herself and successfully sued McDonalds. This case inspired the Stella Awards for the most frivolous, successful lawsuits in the United States. (The StellaAwards.com has been heavily criticized and some have claimed that there is no evidence to support these stories. For more information go to Snopes.com or http://www.StellaAwards.com/bogus.html)

The following is a partial list of 2002 candidates, appearing in the above web page:

Two professions have been reaping the benefits of victim culture. Attorneys and psychotherapists have perpetuated the rights industry and the culture of victims, partly for their own financial and professional gain. While anxiety, borderline personality disorder and multiple personality were some of the most popular psychiatric diagnosis of the past, the nineties have introduced us to the new fad: Post Traumatic Stress Disorder[wp] (PTSD). The prevalence of PTSD as a diagnosis on therapy insurance claims, as book and seminar titles is unprecedented. One must ask why so many of our patients within a span of a few years, suddenly and in such high numbers, have been labeled as traumatized. One must also wonder why in an age where technology, medicine, environmental concerns and diet have reached new peaks, Americans feel a heighten sense of vulnerability and are buying into the new psychiatric diagnosis. The victim stance is a powerful one. The victim is always morally right, neither responsible nor accountable, and forever entitled to sympathy. The repressed memory syndrome, and the numerous court battles around this issue, has also been part of the psychological industry's recent obsession with victimhood. While repressed memories may play a part in some instances, the sudden and large number of reporting reflects primarily on the industry's focus on victimhood. Increasingly, Americans are told that they are traumatized, victimized and in need of a psychotherapist or personal injury attorney. Those who do not feel victimized have been accused of being in denial.

In her book Manufacturing Victims, (1996) Tana Dineen details how the victim industry has been fueled by psychotherapists and outlines the direct economic and professional benefits that psychotherapists derive from perpetuating the idea of victimology. Dineen articulates well the idea that therapists need patients, so they create disorders with which to label prospective customers. Most recently it has been PTSD. Dineen appropriately differentiates between scientific and research based psychology versus the more dogmatic and self-serving field of psychotherapy. Psychotherapy sees many normal life events as trauma in need of healing rather than as enriching experiences. This has political consequences. Individuals are freed from moral responsibility for what they do or what happened to them and therefore are no longer citizens, but patients or victims.

Psychologists, Dineen (1996), Zilbergeld (1983) and others assert, have turned every form of discontent into a syndrome or disease requiring treatment. They systematically underestimate the capacity of humans to overcome adversity. All unpleasant events-such as a fall, car accident or the death of a pet-are assumed to leave an emotional residue that, unless dealt with professionally, will cripple the sufferer. Unfortunately, therapists have had considerable success in peddling this view to society.

The psychotherapeutic community adopted the blame approach back in the beginning of the 20th century with the birth of psychoanalysis. While originally the blaming finger was pointed primarily at mothers, later on it came to be pointed at men, racism, sexism, militarism, consumerism, the upper class, immigration, etc. The myth of the psychotherapeutic community is that somehow if one can identify a person or an event that supposedly caused the shortcoming, anxiety or depression, the condition will be improved. This is the premise of analysis and its emphasis on insight. The result has been a huge waste of time, money and life in search of someone or something to blame rather than finding a way to improve life now and in the future. Resilience and strength (Greene, 2002) seem to be ignored and are dominated by the psychologizing of all aspects of life.

Victim means good business for attorneys and psychotherapists. The search for the cause and the person or circumstances to blame helps support hundreds of thousands of therapists. Of course the victim industry is not a sheer artifact of the therapeutic community. It functions within the culture of victims and entitlement and is fueled for its own professional and economic interests.

The atrocities and traumatic events of September 11, 2001, have illuminated the importance of understanding the dynamics of trauma and victims. Psychologists, counselors, social workers and other mental health workers rushed to the New York area and provided important support for the traumatized people of the area. A lot of physically injured and psychologically traumatized people have, indeed, benefited from these important services (Zimbardo, 2002). There seems to be very little understanding that some, if not many, people may benefit from being left alone and that some people impact negatively by repeatedly regurgitating their thoughts and feelings. Therapists around the country reported traumatic reaction to the World Trade Center suicide mission and outlined strategies to "reach" the traumatized multitudes. Before long the entire United States was viewed by many therapists as a country of victims where nightmares, fears and PTSD diagnoses were as common as the water we drink. Not much later, therapists started treating other therapists for what has been labeled "secondary traumatization".

There seems to be very little understanding that some, if not many, people may benefit from being left alone and that some people impact negatively by repeatedly regurgitating their thoughts and feelings (Slater, 2003). If self-interest and professional identity had not blinded psychologists to this coping mechanism, they would have probably remembered the lessons from Psych. 101 on individual differences and how psychological intervention must be tailored to each individual rather than one solution fits all.

While therapists focus almost exclusively on the importance of helping Americans deal with their reaction to the trauma, there are three important aspects that seem to be generally overlooked:

It seems that most psychotherapists and professional organizations responded to the trauma in NYC with a knee jerk respond of wanting to help. They seemed to fail to realize the bigger picture and, instead, focused on their narrow training, professional pride, ideology and practice, which was likely to benefit them most.

The challenge that this page is presenting is to move from the blame approach to a more complex understanding of violent systems, the perpetuation of these systems and the role victims play in these systems. In order to be able to help a victim, one must understand the dynamic between victims and victimizers and the social, economic, political and cultural context in which the violence occurred. If we comprehend all this, we will have better tools to predict and prevent further victimization.[2]