Ronald Goldman, Ph.D., a psychological researcher, educator, and writer, is the founder and Executive Director of the Circumcision Resource Center[iw] in Boston, a nonprofit educational organization. He is also Executive Director of the Jewish Circumcision Resource Center.[ext] His groundbreaking investigation of the unacknowledged psychological and social aspects of circumcision includes hundreds of contacts with men, parents, Jews, and medical and mental health professionals.

Dr. Goldman is internationally known for his work on circumcision and is the author of Circumcision: The Hidden Trauma and Questioning Circumcision: A Jewish Perspective. The first book, with a foreword by renowned anthropologist Ashley Montagu, is endorsed by dozens of professionals in mental health, medicine, and social science. It includes original work on the connections between circumcision and trauma for infants and the men they become. His book addressing Jewish concerns is endorsed by five rabbis among others. It is the first such work to critically examine the ritual. Other writing has appeared in medical journals, newspapers, parenting publications, and Jewish periodicals.

Dr. Goldman has participated in over 200 media interviews. As a recognized authority, he was invited by the Council of Europe as the only non-European to participate in an interdisciplinary dialogue about circumcision. He was also chosen by the Associated Press to comment on the latest circumcision report from the American Academy of Pediatrics. Various circumcision advocates, including chairpersons of the last two American Academy of Pediatrics Task Forces on Circumcision, have declined to debate with him when invited by national media.

Dr. Goldman's presentations on circumcision and its effects are offered to professionals, universities, expectant parents, men, and the Jewish community. He also provides counseling for those making the circumcision decision and men with issues connected with their circumcision.[1] 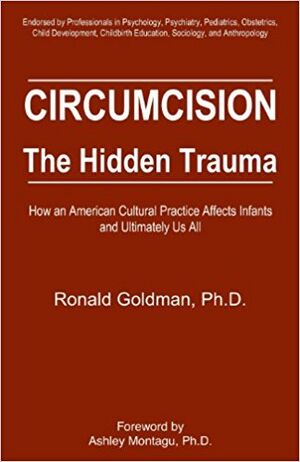 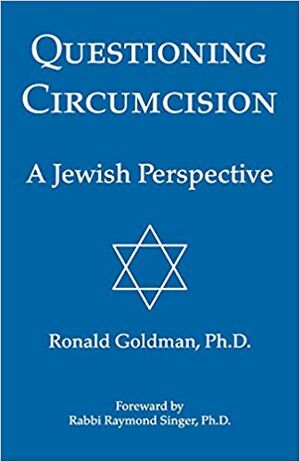 Goldman was interviewed by the Baltimore Jewish Times (1997), where he says "Circumcision is overwhelmingly painful and traumatic".[2]