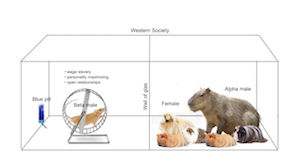 The beta male in western society. 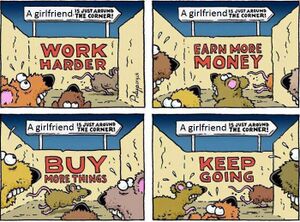 A girlfriend is just around the corner. 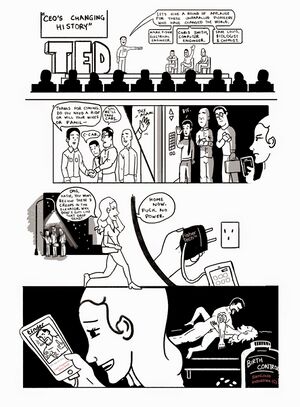 A wageslave is someone who works a traditional job (a wagecuck) while not being in a relationship and not having the potential for a relationship. They are working to support the biological product of chad's pump and dumping, through their tax dollars going toward single mothers and tax breaks for married people, all while never given a chance to have a relationship of their own. They are literally financially supporting the rejections they have and are going through, without being given a way out of their rejections.

"I fill fry bags for women with less fries and sometimes I don't put pickles on their McDouble. Sometimes I also sneak the incels an extra nugget too."

They often work dead-end jobs with no ability to relocate or advance financially or they work in jobs that women don't find sexually attractive. wageslaves often earn meager sums of money that is considered "living wage". Incels should not be expected to work traditional jobs without the promise of a relationship.[1]