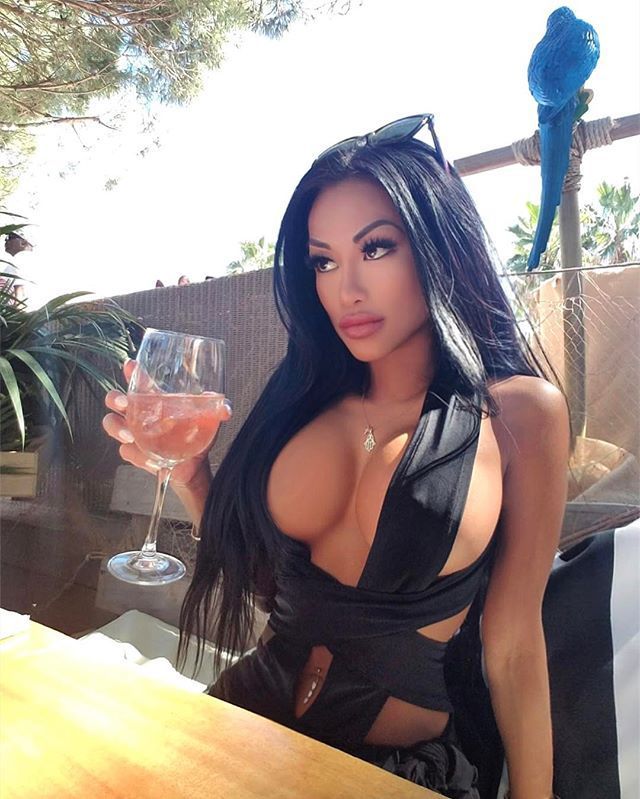 Bimbo Candy
Bimbo is a slang term for a well-built, attractive, somewhat dim woman.[1] The term was originally used in the United States as early as 1919 for an unintelligent or brutish male.[2]

As of the early 21st century, the "stereotypical bimbo" appearance became that of an attractive person, often blonde and (in the case of women) with a curvaceous figure and large breasts, possibly wearing heavy makeup and revealing clothing. However, none of these traits are strictly needed for a person to be considered a bimbo. It is sometimes associated with men or women who dye their hair blonde indicating that physical attractiveness is more important to them than other, non-physical traits[3] and as an extension to the "dumb blonde"[wp] stereotype.[3]

The word bimbo derives itself from the Italian bimbo,[4] a masculine-gender term that means "(male) baby" or "young (male) child" (the feminine form of the Italian word is bimba). Use of this term began in the United States as early as 1919, and was a slang word used to describe an unintelligent[5] or brutish[6] man, like in Portuguese.

It was not until the 1920s that the term bimbo first began to be associated with females. In 1920, Frank Crumit[wp],[7] Billy Jones[wp], and Aileen Stanley[wp] all recorded versions of My Little Bimbo Down on the Bamboo Isle, with words by Grant Clarke[wp] and music by Walter Donaldson[wp], in which the term "bimbo" is used to describe an island girl of questionable virtue. The 1929 silent film Desert Nights[wp] describes a wealthy female crook[wikt] as a bimbo and in The Broadway Melody[wp], an angry Bessie Love[wp] calls a chorus girl a bimbo. The first use of its female meaning cited in the Oxford English Dictionary is dated 1929, from the scholarly journal American Speech, where the definition was given simply as "a woman".

In the 1940s, bimbo was still being used to refer to both men and women, as in, for example the comic novel Full Moon[wp] by P.G. Wodehouse[wp] who wrote of "bimbos who went about the place making passes at innocent girls after discarding their wives like old tubes of toothpaste".[8]

The term died out again for much of the 20th century until it became popular again in the 1980s, with political sex scandals.[9] As bimbo began to be used increasingly for females, exclusively male variations of the word began to surface, like mimbo and himbo[wp], a back-formation[wp] of bimbo, which refers to an unintelligent but attractive man.[4]