The Save Indian Family Foundation (SIFF) is a men's rights organization in Bangalore / India, against the misuse of dowry laws[wp], domestic violence, fights and other anti-male and unconstitutional laws. It covers about 30,000 people in India and abroad. SIFF was formed in 2005 and has since fought aggressively misandry (male hatred) by creating awareness for men's problems in society.

SIF campaigns against domestic violence legislation, such as Section 498a of the Indian Penal Code[wp] (1983), and the Protection of Women Against Domestic Violence Act[wp] (2005), believing that these laws have been misused and manipulated by some Indian women. They claim that men are abused physically and that they are used by lawyers and women to extort money and family property and to deny child custody to fathers.[1][2] SIF asserts that dowry harassment of women and their families is a feminist invention[1], and that the woman is the abuser in almost all cases of family abuse.[3] SIF states that the high rates of suicides of married men is due to them being "unable to withstand verbal, emotional, economic and physical abuse" from their wives.[1][4] SIF argues that domestic violence legislation will lead to an increase in divorce rates, thus leading to negative effects on women, many of whom are not educated and have low wages and who will therefore suffer financially following a divorce.[5] 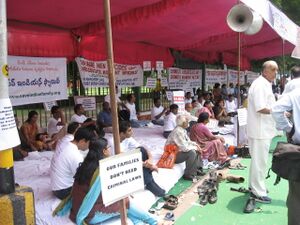