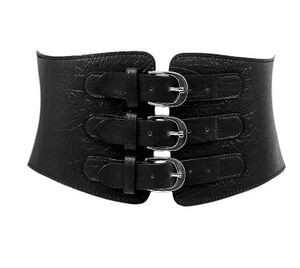 A corset belt or waspie belt is a very wide belt, worn tightly around the waist to make the wearer's waist physically smaller, or to create the illusion of being smaller, thus acting as a sort of corset. It is generally worn over clothing, hence used as an ornament as well as a corset.

It differs from a waist cincher or short corset in that it buckles up (with a very large buckle, or multiple buckles on narrow straps across the front) rather than lacing up. Occasionally, the buckle is at the back. 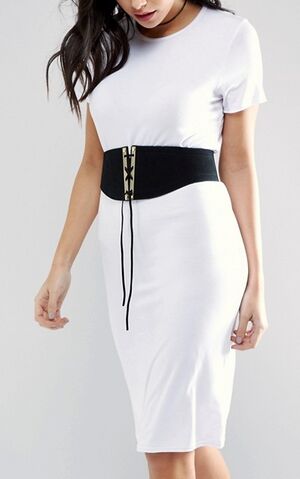