Murray Arnold Straus (born 1926)[1] is a Professor of Sociology and founder and Co-Director of the Family Research Laboratory, University of New Hampshire. In 2008 he earned the Award for Distinguished Lifetime Contributions to Research on Aggression, International Society For Research on Aggression.

The CTS method (from Conflict Tactics Scale) is based on scientifically designed and analyzed surveys of partners. It is asked in a way that will guarantee a largely objective result: People are asked independently, to nominate their experience of violent tactics within a defined time period and describe the experience, but not to make statements about the causes or consequences. Such statements would bring subjective reviews into play. This method has been increasingly refined.

The fact of the conflicting results made on the following starting situation closely:

The study by Murray A. Straus (put online in October 2007) examined the dominance and symmetry in partner relationships of university students in 32 (!) Countries and showed that violence almost everywhere emanates more by women than by men. Exceptions are Iran, Tanzania, Greece and Brazil. In the overall result, the distribution looks like the right can be seen.

The unveiling of female perpetrators in the area of domestic violence began in 1980 when Murray Straus, Richard Gelles[wp] and Suzanne Steinmetz, published a comparative study on this topic in the U.S. All three were considered to date, especially in feminist circles, as experts in the field of "spousal abuse". In all their previous studies Straus and his colleagues had assumed that battered husbands were a rare occurrence and in any case would not be seriously injured. The 1980 study was a more thorough investigation of these assumptions undertaken when the team noted the absence of evidence underlying these assumptions in the more than 30 works comprising the body of knowledge at that point. They came to the surprising conclusion that, overall, 11.6 percent of women, but 12 percent of the men had stated the had been beaten, slapped, kicked, bitten, pelted with objects or to have been otherwise attacked. (Some studies, the "physical force" on the preconceived notion, even came to 25 percent of attacked men compared with 16.5 percent of women.) For each 1.8 million female victims there are two million male victims. If a woman was attacked for each 17.5 seconds, then every 15.7 seconds a man was attacked. This concealment of relevant information, as Murray Straus noted, "promotes some annoying questions about scientific ethics to light". After renewed, yet thorough examination of the data Straus and his colleagues concluded: In a quarter of cases were of violence alone by the man, while half of all cases were exclusively by the woman, with the balance involving both without a specified sequence.

The representatives of the women's movement were suddenly not so happy with their former idols. The feminist assumption threatened to falter. Many researchers in the field of domestic violence now attempted studies of their own to prove that the study by Straus, Gelles and Steinmetz was a singular aberration - but they had to realize that their own results confirmed the original studies findings. Some studies even showed even more dramatic results: for example, American high school students females were four times as likely as male students to be the only violator against a member of the other gender participant of the event reported (5.7 % : 1.4 %). A study in New Zealand found that women and men committed slight violence against the opposite sex in the ratio of 36 to 22 percent, severe violence even in the ratio of 19 to 6 percent. Straus also interviewed women in shelters had sought refuge. Again, he found that about half of them had attacked their partners on their own.

Straus was ignored from then by the feminist fighting literature[3], quoted from earlier. Likewise, he found himself exposed to personal attacks and slander. The chairman of the "Canadian Association of Violence against Women", Pat Marshall, spread the rumor that Straus would mistreat his own wife - she apologized to him only after repeated requests. Even fiercer treatment was given to Suzanne Steinmetz, the woman in Straus' research group: She received bomb threats, and her children were told they were targeted by fanatics. Apparently without any awareness of the contradictions inherent in their actions, the supporters of feminist ideologies of violence attacked us to enforce their view that women are far less violent than men.[4]

The Woozle effect[wp], also known as evidence by citation[5], or a woozle, occurs when frequent citation of previous publications that lack evidence misleads individuals, groups and the public into thinking or believing there is evidence, and nonfacts become urban myths[wp] and factoids[wp].[6]

According to Richard J. Gelles[wp], the term "woozle effect" was coined by Beverly Houghton in 1979.[7] Other researchers have attributed the term to Gelles (1980)[8] and Gelles and Murray A. Straus (1988).[9][10] Gelles and Straus argue that the woozle effect describes a pattern of bias seen within social sciences and which is identified as leading to multiple errors in individual and public perception, academia, policy making and government. A woozle is also a claim made about research which is not supported by original findings.[11]

In the 1998 book "Intimate Violence", Gelles and Straus use the Winnie-the-Pooh[wp] woozle to illustrate how poor practice in research and self-referential research causes older research to be taken as fresh evidence causing error and bias.[6] 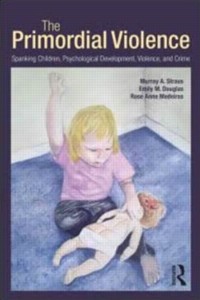 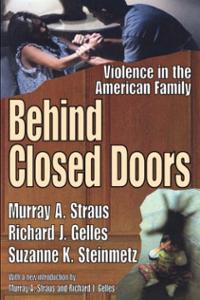 Behind Closed Doors - Violence in the American Family (1980)