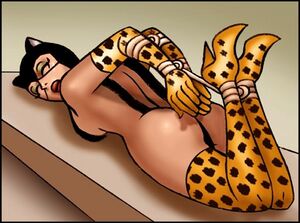 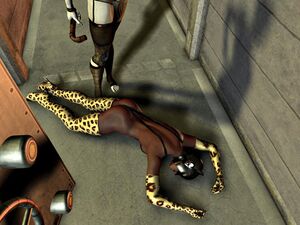 Her real name is Monica Campbell, a museum curator. She is an African-American[wp]. She was invented by gytalf2000 in the early 1970s but has subsequently been drawn by many artists. Originally, she had an Afro hairdo and no mask. More recently, she has worn a black cowl with pointed ears to represent a panther's head.