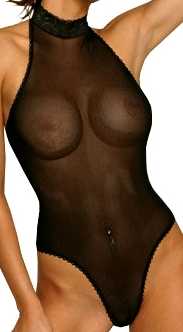 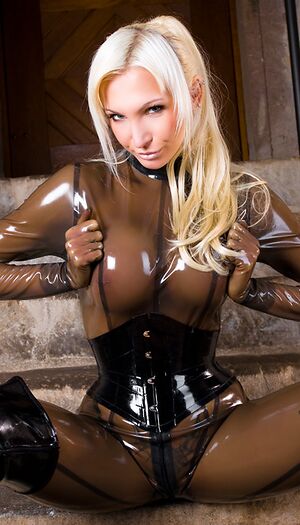 See-through garment is any sort of garment made of non-opaque material, often similar to (though usually thicker than) what is used for tights. Obviously, this allows people to see the wearer's skin almost as if he or she were naked[wp] or scantily clad. The wearer may have lingerie underneath to avoid being indecent, or on the contrary go commando[wipi] to avoid lingerie being visible.

A skirt or dress may have its lowest part see-through, thereby showing more of the thighs than its length would otherwise allow.

Clothing may also be at least partly see-through if it has lots of small holes, for example if it is made of lace[wp]; there may also be one or more large holes[wipi]. 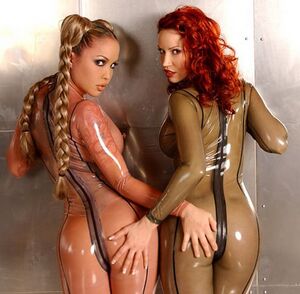 A hula skirt or grass skirt is a skirt consisting of a collection of strings hanging from a waist band. If there are enough strings, the skirt may be opaque if the wearer is standing still. However, inevitably there wil be see-through if the wearer moves around energetically. Often, one leg may protrude through the skirt as with a slit skirt[wipi].