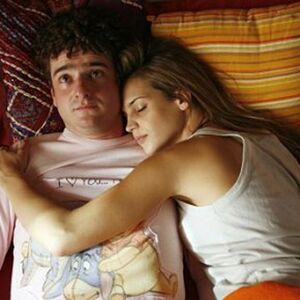 Women have boyfriends and girlfriends. If you're not fucking her, you're her girlfriend.

The friendzone is a situation that arises when a man is attracted to a woman, but the woman is not physically attracted to him. Rather than straight­forwardly reject the man's advances, she tells him "let's just be friends". The phrase has become so common that it is often abbreviated to LJBF.[1]

Daddy notes, "Modern women are told that one of their boyfriend's role is to listen to them bitch and complain about their day. But the truth is that used to be the best friend/ sister/ cousin/ mother's role. Somehow women lost these and now the boyfriend is expected to make up for it. If he does, it will kill the sex vibe faster than saying "I'm a feminist"." Rollo writes:

Routinely, men seeking relationship advice will be looking to answer the question "How do I get out of the friend zone?" Advice commonly given on the internet is to never get in the friend zone in the first place, and instead ensure that interactions are kept flirtatious and physical.[3] It is commonly held that once a woman does not view a man as sexually suitable, the situation is not recoverable.[4]

Nevertheless, some men will continue to spend time with the women who wants to "just be friends" in hopes that their friendship leads to more. They are commonly referred to on the internet as beta orbiters.[5] These situations often result in a woman extracting some resources and gifts from the beta orbiter. The beta orbiter blindly thinks that by doing nice things for the female, he will somehow earn her affections. This orbiting behavior also occupies the beta's energy from being more productive such as pursuing women who are interested in him.[6] 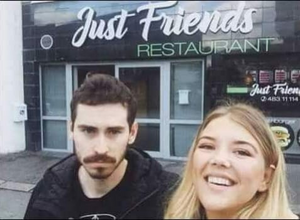 Femoid with an orbiter -cough- "friend"

The friendzone is the myth that women don't fuck their friends and that dating is a measure of how much a woman wants to have sex with you. Truth is women fuck their friends if they are attractive. And generally women only form friendships with men they would be open to having sex with down the line. You don't go to your friend's sex parties? Yea cuz ur ugly. There's only a no-sex zone, which contains both partnered and non-partnered people.

What most people mean when they say, "friendzone", is a form of sexgating, and at the end of the day has little to do with friendship.

If a woman has sexgated you permanently and claims that they also want to be friends, that is usually a lie, and you will see them ghost you or ignore you in time.[9]