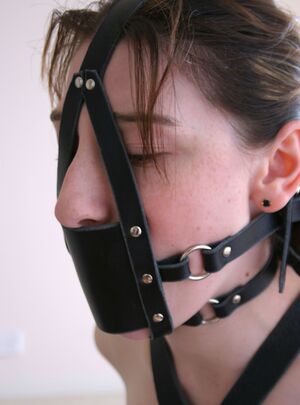 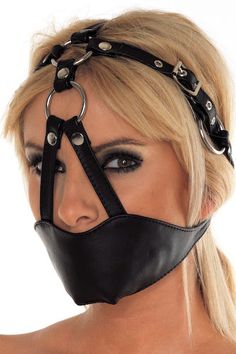 A muzzle gag is generally held in place with a head harness. A muzzle gag may also have an attached posture collar and may also be fitted with an integrated pecker gag.

Safety risks associated with gags in general also apply to this form of gag.

Muzzle gags have a strong psychological effect on some people, because of the association of being restrained in a way generally associated with animals.

A panel gag looks similar but normally has a ball fitted on the inside. 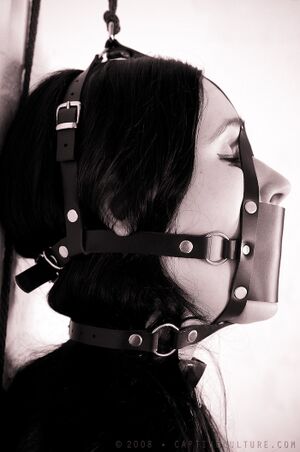 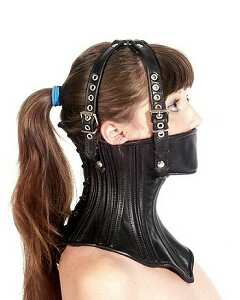 A muzzle can have many different functions.

The human anatomy makes it difficult to secure a muzzle securely. Therefore, a muzzle is used in combination.

Muzzle gags are fairly rare, and are rarely used in spanking scenarios. Due to the nature of the muzzle, many people feel increased humiliation when forced to wear one because, like the bit gag used on horses, it is a modified item primarily used for restraining dogs and other animals.