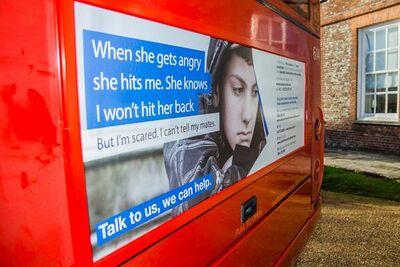 When she gets angry she hits me. She knows I won't hit her back.[1]

Women's violence is one of the great taboos of our society. In sharp contrast to this is the scandal of male violence. This results in a gigantic developed helper industry, provides the woman to "protect" and the man to treat. The violence lie characterizes a Manichean world view[wp], its dualistic pattern of good and evil today in the battle of the sexes manifest. This drives a deep distrust between the sexes, what disastrous effect on family formation. The violence lie omits the one hand, the proportion of women in domestic violence, on the other hand describes the family as a highly dangerous place.

This will reversed what has traditionally been considered valid:

The study "Violence against men in Germany" in 2006 for the first time the federal government is concerned with the violence of affected men.[3] More than the meaning of a token event is not wrest this study. Worldwide already exist 282 investigations, 218 empirical studies and 64 reviews and / or analyzes, which demonstrate that women in social relationships as violent against the partners are at least as men to their female partners.[4] However, studies can not do anything against the Violence Protection Act and the network of women's affairs, counseling centers and women's shelters that have been set in place against men and against the family concept.

Studies of the Catholic University of Eichstätt in Bavaria[6] have shown that 84% of men interviewed have made ​​the experience of violence by their partners, 27% ​​even live in a heavily violent relationship loaded. In 13% of cases, the men experienced physical violence by women.