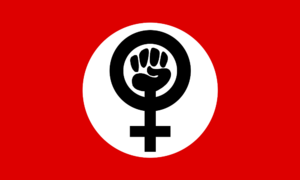 Feminazi called a woman who cultivates a pathological hatred of all things male, would prefer prohibit normal sex as rape and at the same time allow abortion for normal women and for the adoption rights for lesbians and would most like to eradicate men. They considered men as inferior and thus approaches to Nazi thinking by tossing them differently thinking people as inferior. The online version of the Merriam-Webster dictionary defines the term as used in a "usually disparaging" manner, to describe "an extreme or militant feminist".[1]

The term is popularized by conservative radio talk-show host Rush Limbaugh[wp] (The Rush Limbaugh Show) and in use since the early 1990s. It is a portmanteau[wp] formed from the nouns feminist and nazi. It is mostly used in North America by conservatives[wp].[2]

After Limbaugh "Feminazi is a feminist to whom the most important thing in life is ensuring that as many abortions as possible occur. There are fewer than twenty-five known Feminazis in the United States".[3] 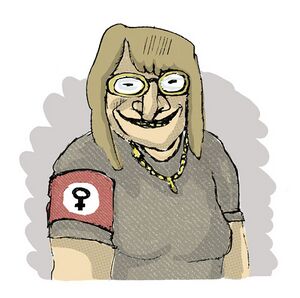