The Indian woman Kiranjit Ahluwalia (* 1955) demonstrates that even a convicted murderer is good as a human rights activist. She had in 1989 after years of domestic violence overwhelmed and burned her husband with napalm during he was asleep.

Initially sentenced to life imprisonment for murder, the sentence was later revised and replaced with manslaughter. Her case sparked an unprecedented propaganda campaign by women's organizations from all over the world, thus reaching to change the definition of the word "provocation"[wp] in cases of abused women.

Ahluwalia was the first winner in 2001 with the Asian Women Awards honored in recognition of her "strength, personal power, determination and commitment"[1] for their support on the topic of domestic violence.

Kiranjit was born into a Sikh[wp] family from Chakkalal in Indian Punjab[wp]. 1979, at the age of 23, she left her hometown to emigrate after marrying Deepak Ahluwaria in the United Kingdom. According to her own information she have experienced ten years of domestic violence, including physical violence, starvation and rape in marriage.[1] She has two sons, born in July 1984 and January 1986. 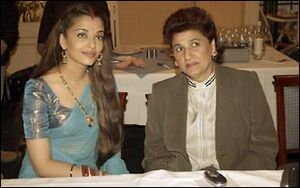 9 May 1989 while her husband was in bed and asleep, Ahluwalia took some gasoline and caustic soda from the garage, poured it out on the bed and set it on fire. Then she ran with her ​​three year old son in the garden.[3] Husband Deepak suffered severe burns to over forty percent of his body and died from the effects of severe burns and sepsis occurring then six days later. Ahluwalia was arrested and charged with murder.[4]

Ahluwalia sentenced in December 1989 for murder. The prosecutor appreciated the fact that she waited until her husband had gone to bed, as evidence of malice, closing an emotional story from.[5] Her lawyer not emphasized the violence they had (allegedly) endured during the prosecution also took into consideration that Ahluwalia motivated by jealousy because of repeated scandals of her husband.[6] She was found guilty of murder and sentenced to life imprisonment.[7]

Women's organizations attacked the ruling as the deed of white European men on. They played in the series very successful the victim card from the woman. Long before Jörg Kachelmann used the term in an interview and a jury stylized him the "noword of the year", the "subscription to victimization/victimization coupon" (Opferabo) was yet been awarded a murderer.

Her case eventually came to the attention of the Southall Black Sisters[wp] (SBS), which pushed for a mistrial. Ahluwalia's conviction was overturned on appeal in 1992 due to inadequate counseling Ahluwalia had not been aware that they plead guilty manslaughter on the grounds of diminished responsibility. In addition, it was brought to light that they are suffering from a severe depression when she lashed back at her husband, who had changed her new lawyer argued their decision-making ability at the time.[6]

She wrote an autobiography Circle Of Light with co-author Rahila Gupta, as an activist in the Southall Black Sisters[wp] instrumental in presentation her as a victim.[8] The Indian feminist Gita Sahgal[wp] made ​​a movie called Unprovoked for the investigative documentary program Despatches British television on Ahluwalias life story.[9] 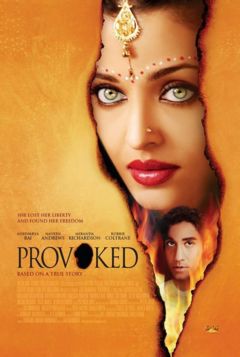 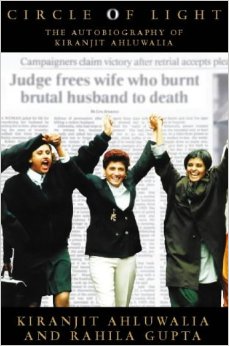 A women's organization helped her to stylize it as an icon against domestic violence. The life sentence was repealed in 1992 and Cherie Blair[wp], wife of Premierministers Blair[wp], presented her with an award in 2001 at the first awards ceremony for Asian women.

It's a marvel of feminist logic that a long in planned (napalm production) and insidious (burn him, when he is asleep) murder as an "act of self-defense" can go through, only if the perpetrator is a woman and the victim is a man.

The film Provoked[wp] (2006) is a fictional story of Ahluwalias life. The screenplay is based on the autobiography Circle Of Light.[11] It was shown at the 2007 Cannes Film Festival[wp]. Naveen Andrews[wp] played the role of husband Deepak and Aishwarya Rai played the role of Ahluwalia. During the screening in Cannes, Ahluwalia sat next to Rai, holding her hand and sobbing during the most violent scenes.[6]

The case Ahluwalia had a significant impact on the British legal system. The legal standards were changed in regard to abused women. "Self-defense", "loss of control" and "provocation"[wp] was legally redefined so that Kiranjits fact was not graded as murder, rather than manslaughter. Since than, killing the husband can not longer be sentenced for murder, at most one spouse falls (unintentionally of course) a victim of negligent homicide[wp] or manslaughter[wp].

She is ultimately freed by the judicial system in a landmark case called R v Ahluwalia, redefining provocation[wp] in cases of battered women in the UK.

Aishwarya Rai with Kiranjit Ahluwalia at the launch of Provoked[12]

From prison, she wrote to her mother-in-law in Punjabi:

"Deepak did so many sins, I gave him a fire bath to wash his sins. I did a prison pilgrimage to wash my sins." [8]

"I do have regrets." - "I regret his parents have lost their son, that his brother has lost a brother. When my children are older I will try to explain to them. I regret they won't ever see their father again." [8]

The Southall Black Sisters[wp] celebrate the murderer. What probably think the family members of the killed man about it?