Check your privileges! This choice nugget of establishment-feminist shit-talk doesn't get thrown around with the frequency it used to, but the cultural meme of "male privilege" continues to occupy the podium of unchallengeable truths. In fact, this idea has been of such utility to gender ideologues that rather than letting it dissolve and die as feminism becomes increasingly recognized as a violent hate movement built on lies, the trope of "male privilege" should be properly dragged into the spotlight and destroyed. [...] 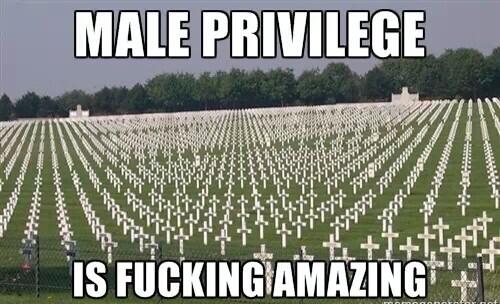 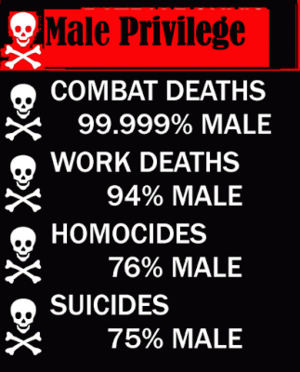 The Male Privilege Checklist: Or, a great list of lies, designed to exhaust and insult anyone with the intellectual integrity to actually read and address those lies.